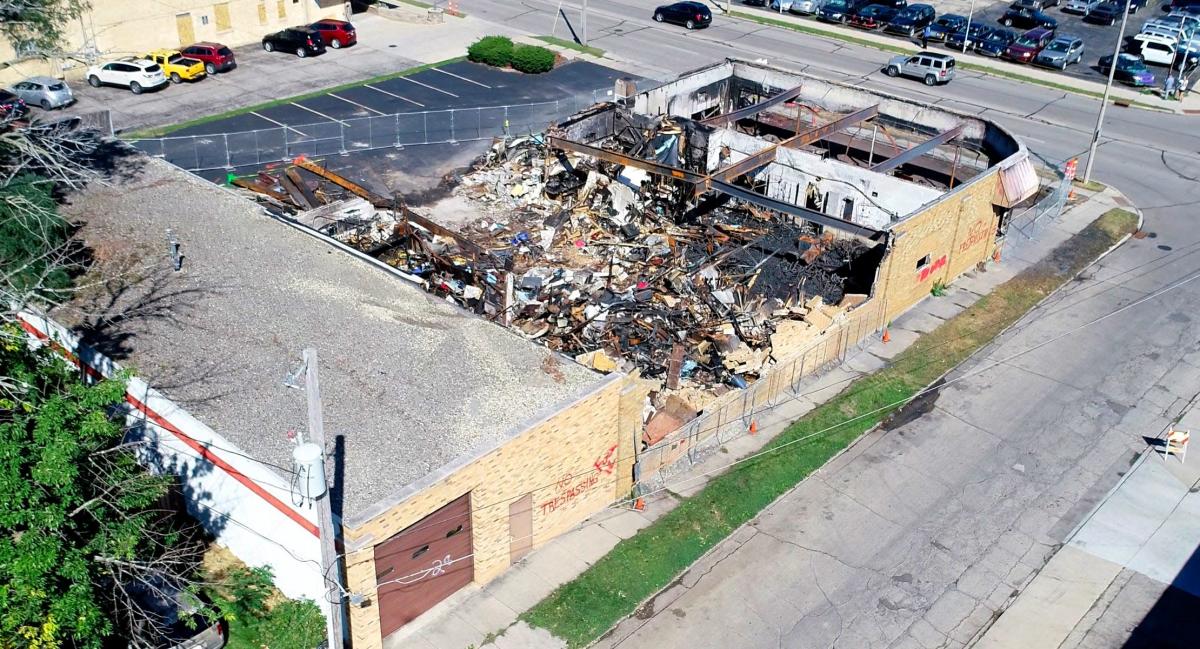 A man will serve 3.5 years in prison for starting a fire that destroyed a family furniture store in Kenosha during the unrest the day after Jacob Blake was shot.

Devon Vaughn, 23, of Racine, pleaded guilty in March to conspiracy to commit arson.

Several buildings were set on fire during 2020 riots that erupted in Kenosha following the police shooting of Blake, a black man. Federal and local investigators were unable to file charges immediately, but later released surveillance photos of the suspects and offered rewards for information about the fires.

Vaughn will also face two years of supervised release and will have to pay more than $1.7 million in restitution after serving his prison sentence.

Prosecutors recommended that Vaughn be sentenced to five years, citing the nature of the offense and his history of drug use.

Vaughn’s defense opposed the government’s recommendation and called for a maximum sentence of 2½ years.

A white police officer shot Blake in the back during a response to a domestic dispute on August 23, 2020. Video of the shooting, which left Blake paralyzed, went viral and within hours demonstrations and protests escalated. turned into riots, arson and violence in Kenosha. .

RELATED: ‘We are blessed’: Spring brings a sense of renewal to Kenosha as it emerges from last summer’s violent protests

On August 24, 2020, Vaughn took time off work to protest the shooting.

Vaughn had been drinking and taking Xanax during the protest. He walked into a local business, B&L Office Furniture, on 60th Street, with two people.

Vaughn placed burning papers on a chair and his offense lasted about 15 seconds, according to the defense memo on the sentencing.

“This act is totally out of character,” said his attorney, Joshua Uller.

A defense memo said Vaughn grew up in small town Ohio and was the only black player on his high school football team. Vaughn graduated from high school in 2017 and got a job.

U.S. District Judge JP Stadtmueller noted the fire caused nearly $2 million in damage and deeply affected the family of Linda Carpenter, who started the business with her husband more than 40 years ago.

Carpenter told the hearing his family feared for his life in the weeks following the fire.

B&L Office Furniture has since moved to 7600 75th St., about 15 minutes west of the original location.

Two nights later, 17-year-old Kyle Rittenhouse shot and killed two protesters and injured a third. Rittenhouse claimed he shot in self-defense, and a Kenosha County jury acquitted him of all charges in November.

DOWNLOAD THE APP: Get the latest news, sports and more

This article originally appeared on Milwaukee Journal Sentinel: Man gets 3 years for arson in 2020 Kenosha riot

Madison Liquidators unveils a line of office furniture made in America