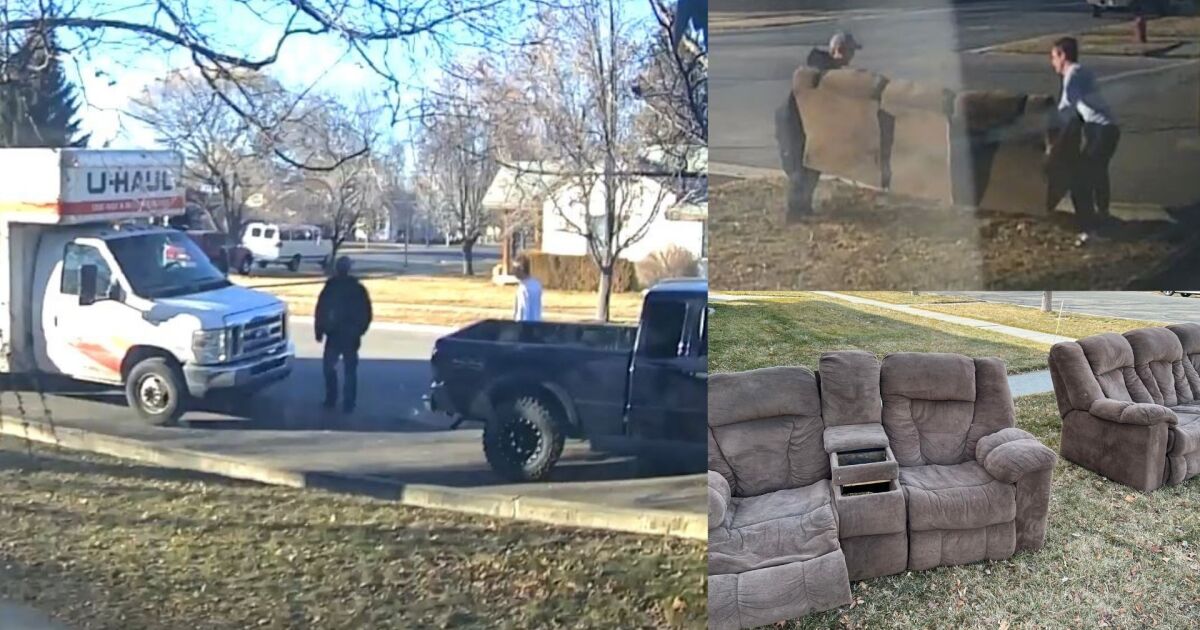 PROVO, Utah — A Provo man says his lawn looks like the neighborhood dump after movers picked his house to throw two couches on the sidewalk.

Dave Roberts had no idea the two couches were in his corner at 100 North 500 East until his friend texted him, “Hey nice couches.”

“I said, ‘What are you talking about?’ He said, ‘Look out the window’ and to my surprise there were couches sitting randomly in my yard,” Roberts said.

He went back into his security system and found his cameras had captured two couch culprits when dropping him off on Sunday afternoon. The video shows a truck and a U-Haul pulling up to the side of his street corner, unloading the two recliners, then driving off.

“A little nonchalant,” he said. “A little rushed.”

He filed a police report but says he understands his case is very minor. Still, he wants to remind people not to treat street corners as a place to litter.

On Tuesday, he couldn’t take the horror any longer and gathered help to get his corner back as it was.

“For things like that, it’s always good to see how your friends and neighbors react and support you. Just see how the neighborhood has participated in helping to remove, helping to recover. Another neighbor was able to use his trailer, so I was able to clean things up pretty quickly,” he said.

Provo police want to remind the public to be on the lookout for illegal dumps. If you see anyone doing this, be sure to report it to law enforcement and give a good description of the vehicle.